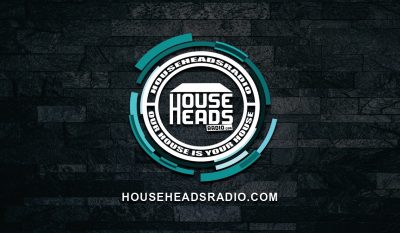 For myself, Phil Andrews aka The Major. It all started back in the early 90’s where my love of House and Dance music unfolded. With a “studio” established in the bedroom of my parents house. I quickly progressed to playing on some of the Essex based Pirate radio stations of the time. I was pioneering the Soul & Dance sector of what were mainstream pop pirates. Following a number of studio raids I decided to hang up my headphones in the late 90’s.

In 2003 the bug bit me again. I was moving into to a new house and having the space, I purpose built studio. This time moving away from illegal broadcasting on the FM band and moving into the future of broadcasting the internet.
Yes there were Internet Radio stations around in 2003!! Not as elaborate as they are today, but they were there…  Underground.

I spent five years of my DJ life playing on the world renowned HouseFreaksRadio.com. In 2014 sadly HouseFreaksRadio closed it’s doors. A collective of DJ’s decided to start a new station, a phoenix from the ashes almost! Since then I have been playing each and every Thursday evening 8pm -10pm on HouseHeadsRadio .  A family of DJ’s and listeners alike with one common goal..  The enjoyment of music.  Come join us,  join the family , you’ll never look back.

Phil can be heard playing anything between Techno, Deep House , Trance , Progressive , Funky and even a sliver of cheese every now and again. Don’t forget to visit my Radio Shows Section to check out some of my mixes

We use cookies to ensure that we give you the best experience on our website. If you continue to use this site we will assume that you are happy with it.Ok